Ayellowmark is the yellow, photographic project born on Instagram, created by an idea of Marko Morciano. +39 327 46 59 388
info@ayellowmark.com
Italy - Rome 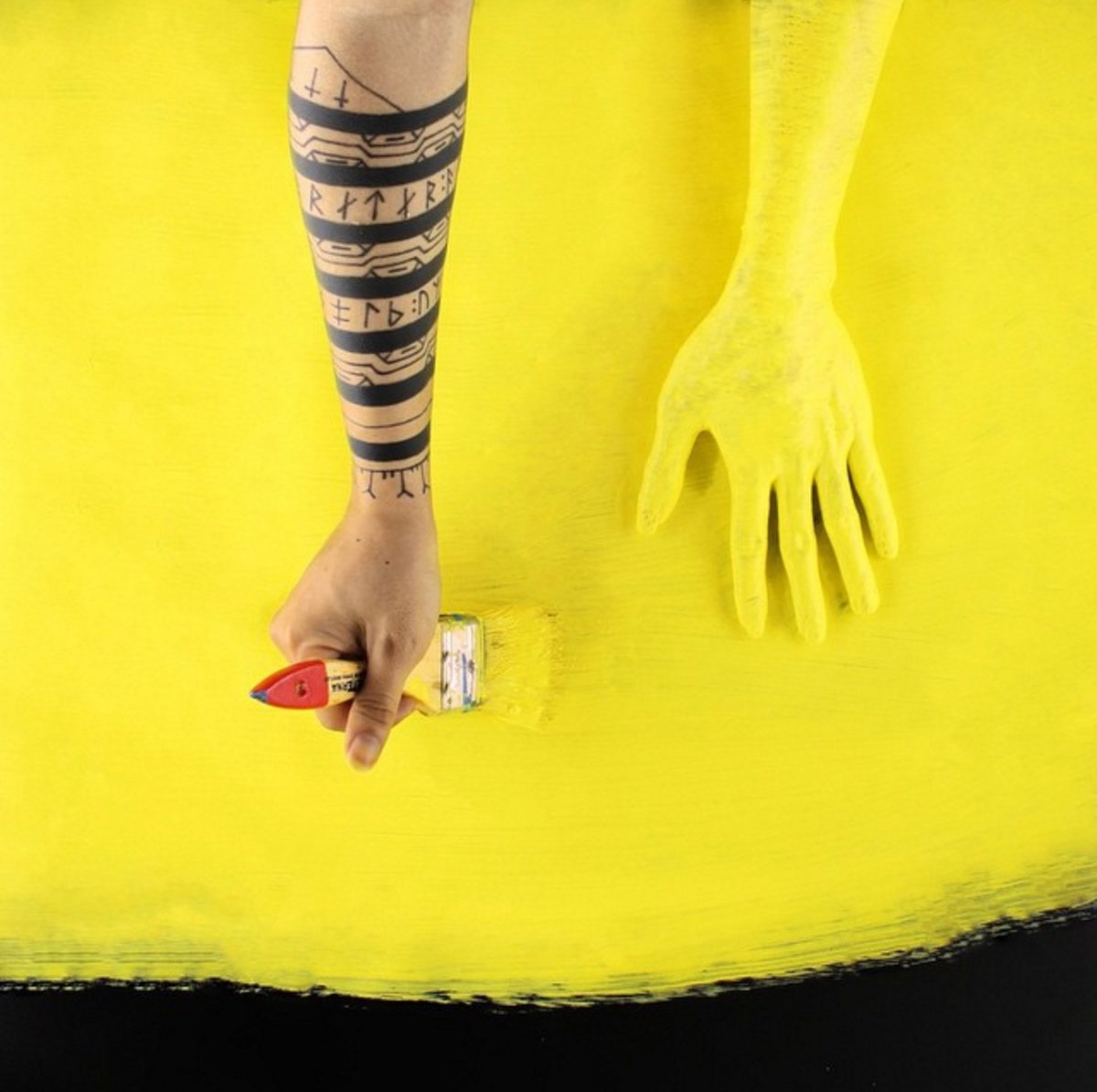 The first 10 most creative Instagram accounts according to Ayellowmark

We are so many people, we are talented, but the first 10 Instagram creative accounts according to Ayellowmark are here!

The Instagram world is as different as beautiful, and there are over 500 million monthly active worldwide users. For this reason the company more rumored in the world is constantly updated and continues to be popular more and more. This is a stylistic choice and a philosophy that goes against all those who follow to be re-below. Ayellowmark has choosen to follow some of the profiles that considers most appealing and worthy of note, as long as it does not discover new ones to add them to your list of following.

Among many creatives, photographers, artists, designers etc., on Instagram you can really find everything, from the most strange and creative to the most colored profiles and minimal, up to the magicians of food design and sweets (a world that enchants).

In this article I have chosen some profiles that I love to follow because they are an inspiration to Ayellowmark and beyond, infact they could open the minds of many other enthusiasts users to “reason” through visual metaphors. The imagination has no limits, because each one can be associated to the significance they want to represent. Beyond likes, followers and several numbers, creativity knows no type of mathematical logic or anything, but it is free!

The interpretation of an art work has many facets and a language that often needs to be decoded. Here you find the most creative Instagram accounts according to Ayellowmark! 😊 Esteban Eseliceche is an Argentinian boy, he is 30 and he has already had great satisfactions from his works, allowing him to turn a bit ‘of places, such as Japan, Portugal, Spain and even Italy. He studied interior, graphic and web design. He currently lives in Madrid, where it is constantly in search of Pokémon because he wants to catch them all! 😃 He loves horror movies and has already seen all the Netflix series produced.

As evidenced by his gallery of Instagram is a great Pokémon enthusiast and leisure seeks to represent the moments of his daily life by entering Pokémon with him in the shots that public, as if they were their own real! In short, a genius! 😍 Davide Raitano is an Italian illustrator, who from an early age transformed reality into a drawing! Until he realized that this would have been his work and his greatest passion. Just a piece of paper and a pencil and David manages to pull off some real masterpieces.

Th3DrawingBeard is a project created to play on Instagram, which allowed David to join his two great passions, which are the drawing and photography. “Thanks to them I can transform myself and transform anything. I do not have super powers. I have only a tablet, a camera and a beard.”, says Davide. Romo Jack is a young boy of 22 years old, born in Jakarta, Indonesia, where he lives and where he developed his creativity. He calls himself a creative worker. “I really enjoy time exploring new ways to express myself and proving that there are many ways to create the called work Art“.

His #whatmyhandsdoing project represents everything that his arms do in everyday life, from the moment he wakes up until he goes to sleep. There are so many little things and it is important to be more sensitive to the surrounding environment. “Because no matter how small a thing could be, there is always an interesting story to tell.” Luciano Cina, 29 yeas old from Sicily, graduated in industrial design at the University of Palermo and specializing in Ecodesign at the Politecnico di Torino, where he currently lives and works in company “Kappa”, the office Race. Encloses all his works using the hashtag #morethanapics, to revive the other emotions that he feels.

He started to create his masterpieces on Instagram from 2012, thanks to an iPad, used to draw directly on photos taken by him. Luciano is often asked if he first thinks on what to draw. “Usually not because I consider myself a good observer and I always try to peer into the little things that often leave aside… distracted by another. The illustrations are the result of unusual visions of the context in which I find myself.” Jesús Ortiz is a 38 years old boy born in Cordoba. He lives in Malanga, where he developed his passion for drawing and art. He holds a degree in advertising.

His passion for art has always been with him infact since he was a child he liked to draw and paint. He also planned and designed clothes and painted his watches. Julián Angel is a 31 years old boy born in Medellín, Colombia. His Instagram gallery is a blend of colors and goodness to the eyes and more. You can combine pleasure for all the senses. His current work and passion was born three years ago after a failed attempt to cook the chocolate muffins.

Julian has spent the last six months to perfect the technique and his capabilities. He loves to create true works of art, that is, access and cakes by the colors very dramatic, garnished with glitter, sparkles, swirls, and all that your imagination suggests he does. His favorite cake is vanilla, that is for him the perfect cake for every occasion. Paul Fuentes is a Mexican boy of 28 years old with a strong passion for design and photography. He is a graphic designer and works for a magazine. He started his artistic career in 2015, but Paul already has a very big and good portfolio.

He transforms daily objects of common use and not into real works of art POP. Each of his works is a different way to translate consumerism and modern society, referring to happiness. Vanessa Mckeown is a graphic designer of 27 years old in London. She loves taking photographs and turn them into something surreal, creating an effect of distortion of reality. She succeeds really well!

About one year and few months ago, Vanessa has begun to approach the world of Instagram taking inspiration from everything in the real world. Vanessa Vidale is an Italian freelance art director. She lives in Legnano near Milan, where her creativity makes its way. Vanessa can professionally confirm that it is a professional image and red! 😁 It’s her favourite color, which is the hallmark of her gallery on Instagram. A little bit like Ayellowmark 😌 💛

#RossoVidale The project was created to play an email from one of her clients, who buckles this name to a picture with an object of red color, which prompted him to think of her. Since then the red is the color that she represents, and that allows you to recognize her creativity on Instagram. Last but not least, Benedetto Demaio. I define him an artist, because I think he is. Teacher of 38 years old, Calabrian origin, he has lived in Melzo, a town close to Milan. The joy and imagination through his images have one common denominator: a blue sea.

Benedetto is one of the first Italian creative profiles to have caught my attention (that’s why I dedicated to him a whole article on the blog Marko Morciano). He plays with each element that reality sets before and turns it into something very close to his colorful world, and this style bewitching to me. It is a source of creativity, and I find myself very close to his world, but on a different color planet 😁.

That’s all for this article! The first top 10 most creative Instagram profiles according to Ayellowmark are these. I say “first” because soon other are coming… 😊

Meanwhile, to stay up to date, I invite you to subscribe to the newsletter Ayellowmark because soon will arrive many news and many other giveaway, like that one of the Diana F + (only for IT). Ayellowmark is an Italian project, based entirely on yellow which was born on Instagram at the end of 2014. The mission of Ayellowmark is to paint the world in yellow and make everything more solar through images.
read more